You will not believe your eyes but it is true! This is a unique, mind-boggling, multiple award-winning kits. Make your own launchers and watch the Rocket Balls actually bounce MUCH higher than you drop them! Enough stuff for several more stunts and tricks you can try. Keeps for a long time in the fridge. 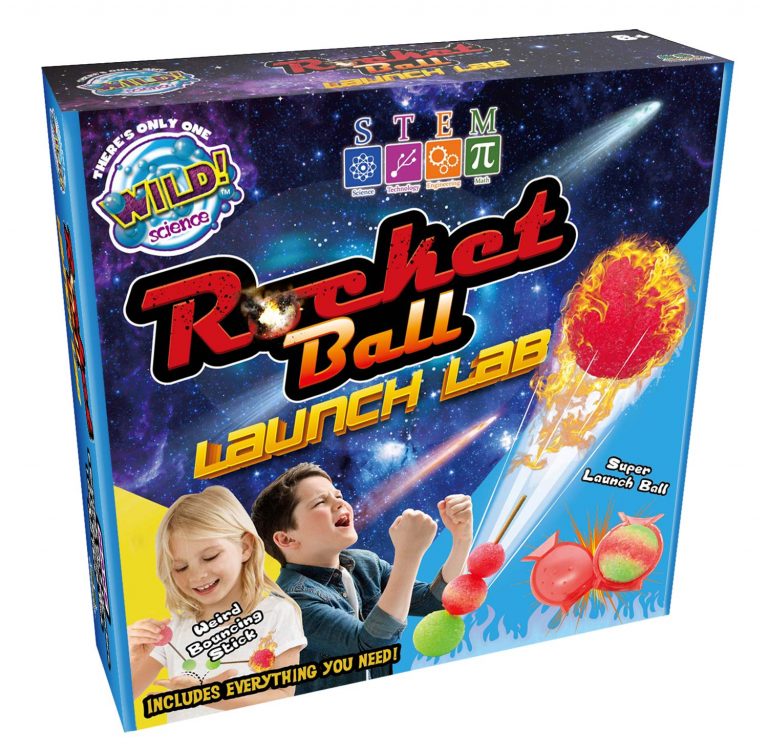 Multiple award-winning kits explore energy and ballistics. You will not believe your eyes but it is true. Mould 4 polymer super balls and drop them on a hard floor These balls actually bounce HIGHER than you drop them! Yes …with THIS kit you can do the impossible! All through the magic of super-elastic collision physics. This kit contains enough material for the experiments to be repeated several times. Made up balls keep for a long time in the fridge. 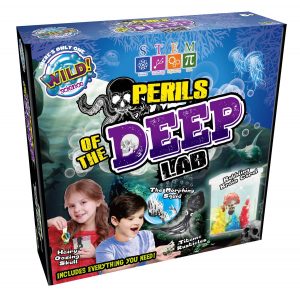 Perils of The Deep Lab 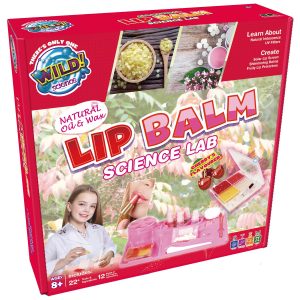 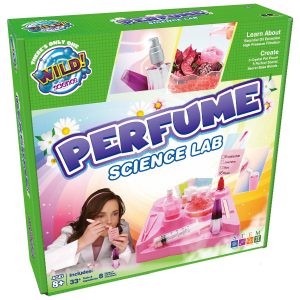 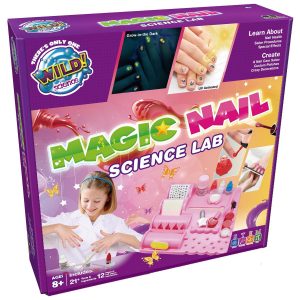 We bought last xmas hyper launcher rocket ball factory and I want to buy some of the refill crystals. Where can I buy these from?

We are not allowed to sell refills alone for our kits without also adding in all sorts of protective gear. And that makes it too expensive.

The crystal is very specific to this kit and – and sorry again – we don’t think you can’t find them anywhere else. However, you can by the Rocket Ball kit or Hyperlauncher online or at other stores. But yes – you’ll end up with extra sets of moulds and goggles.

We thank you for being a WILD! Scientist and hope this information helps you decide what to do next.

So what results should we get from each of the Tests 1 to 4 , and Why?

Firstly – you need to practice and practice to get the best results. We suggest dropping the balls next to a wall. And then move ‘sticky paper notes’ up the wall to show the highest point of flight of the small ball. Have a competition! When there is no improvement in height, that becomes your ‘optimum maximum’. Do it for each of the tests below. BUT predict how high the top ball will go BEFORE you do the actual dropping and measuring. This is real science.

TEST 1 (page 10)
What happens: the small ball flies away really fast. And much higher than it was dropped!
Why: Because all the other balls push their kinetic or moving energy into it.

TEST 3 (page 11)
Now we have only two balls – the biggest and the smallest.
What happens: The smaller ball flies away, but slower than in Test 1 and 2 because there is less energy below the top ball than in any other setup.

TEST 4
Now we are just missing one ball.
What happens: the smallest top ball still flies higher than it was dropped because it now has the energy from the two larger balls below it. But not as high as in Test 1! Fewer balls, less overall kinetic ( moving energy).

SOLUTION 1: The best hyperlauncher balls are made by very tightly packing the moulds. Loosely packed granules tend not to stick to each other so well and may stick to the mould. Also, grip the mould halves tightly under the water. They do swell and do try to push the mould apart. This is all good for making hyper bouncy balls.

SOLUTION 2: Smear cooking oil around the inside of the mould. Very little is needed, or it interferes with the water permeation. Then, when the balls are ready for use, a smear of oil on the stick shaft helps reduce friction. Ideally, we do not use oil as if it is misapplied it can ‘disable’ water access to the granules.

If you forgot to keep bouncy balls in a plastic bag in the fridge and the balls went hard!!

Now, we have managed to revive some of our rock hard balls that seem to hide in the corners Dr WILD’s lab!
Try soaking them in a glass of cold water in the fridge for a while. Depending on how hard the balls are – this may take an hour or two or a day. The aim is to re-gel the crystals both in the exterior and interior of the ball. But not to dissolve the crystals. Squeeze them every now and then until you can feel elasticity has returned. Then leave them out for the surface only to dry so it is not tacky. Then try using them again.
Don’t use hot water or they quickly get coated with a slimy sort of glue – which in itself is totally harmless and very interesting: it is the polymer dissolving. But the balls will stick together when bounced. If they have been totally dried out for a long time, sorry … they do tend to stay as rocks with a gluggy exterior after long soaking.

The balls didn't bounce as expected!

These are some possibilities that might solve the query :

1. Maybe she is dropping them onto a bouncy wooden or lino/vinyl floor. We need to use a very solid, very hard surface: eg concrete or ceramic tiles, or the energy in the balls is dissipated.

2. It takes practice to let the assembly slip from the fingers and fall totally vertically. A few degrees off vertical and a lot of energy is lost. So keep practising. When you get it just right – get ready for a mind-boggling surprise.

3. Maybe they are still sticky when she is dropping the assembly. Most of the balls’ energy will be lost trying to pull themselves free. So let the surface dry enough so they don’t stick together when pushed together by hand. NOTE – please store them in a plastic bag in the fridge so they stay bouncy. Totally dry balls go hard as rocks and also don’t bounce.

4. Loose bits of granules around the ‘collars’ of the balls reduce the energy transfer efficiency from ball to ball. Snip off ragged bits with sharp scissors if they wont come off with a spoon.